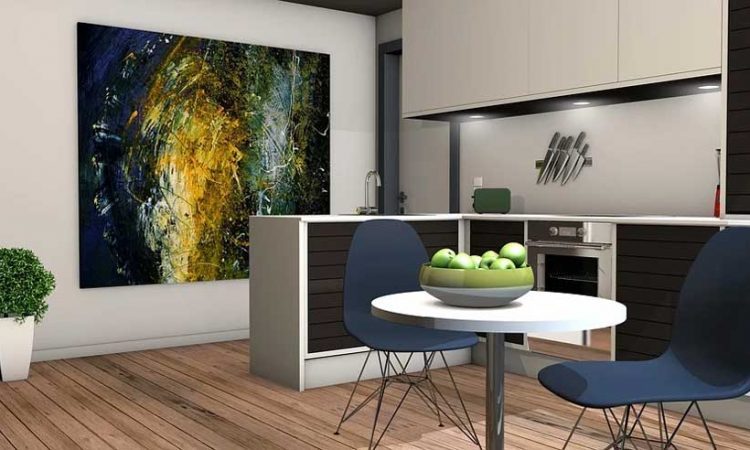 The family home has changed considerably over the last couple of centuries. The western world has seen a variety of house styles across the country, from Victorian mansions to bungalows.

It’s interesting to see how the style, size, and shape of homes have changed through the years. The First and Second World wars have seen sprawling ranch houses and rural stone houses. The older styles and designs have made a return in some respects to the design of modern architecture. However, most average American family homes have changed with advances in technology. The vertical townhouses that were built in the 19th century quickly went out of fashion just a century later. Horizontal homes became more practical and affordable towards the end of the 19th century.

Americans that were accustomed to living in smaller homes centuries ago made sense when people had to get from point A to B on foot. However, when people could afford the luxury of cars, motorhomes and other rooms were slowly being added to home designs. The popularity of cars in the US changed the design of our homes entirely.

During the 19th and 20th centuries, it became common practice to seclude bedrooms by isolating them from one another. Rooms of the house were grouped at a distance from other parts of the home. New homes created a sleeping area upstairs or placed entrances to bedrooms in a hallway rather than in a family living space or kitchen.

New houses of the 20th century had to compensate for an increase in the prices of plumbing, electricity, and other basic services. This meant that the square footage of homes had to be drastically reduced. During the mid-20th century, it was rare for the average household to have single-purpose rooms such as pantries, sewing rooms, or libraries.

During the 1960s, homes were becoming increasingly bigger. New homes were built on an area of about 1300 square feet. The kitchen had suddenly doubled in size, and it was significantly more spacious than the kitchens of the 1940s. In the 1970s and 1980s, the average new home was over 2000 square feet.

However, most people cannot afford to buy or build a new home in the US today. The future will likely focus on smaller and more affordable building designs to accommodate the average American.